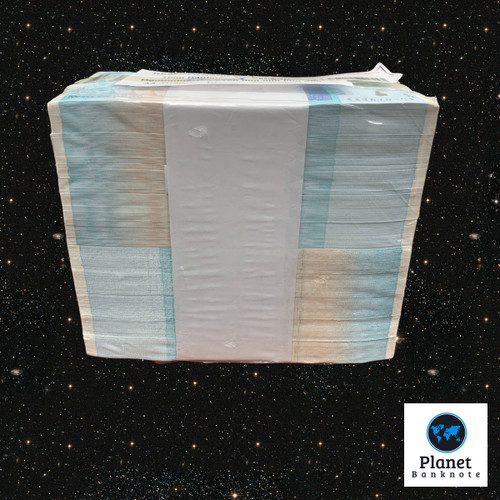 The Zimbabwean dollar was introduced in 1980 to directly replace the Rhodesian dollar (which had been introduced in 1970) at par (1:1), at a similar value to the US dollar. Over time, hyperinflation in Zimbabwe reduced the Zimbabwe dollar to one of the lowest valued currency units in the world. It was redenominated three times (in 2006, 2008 and 2009), with denominations up to a $100 trillion banknote issued.

Rare Opportunity for Consecutive Original Brick! Becoming next to Impossible to get!