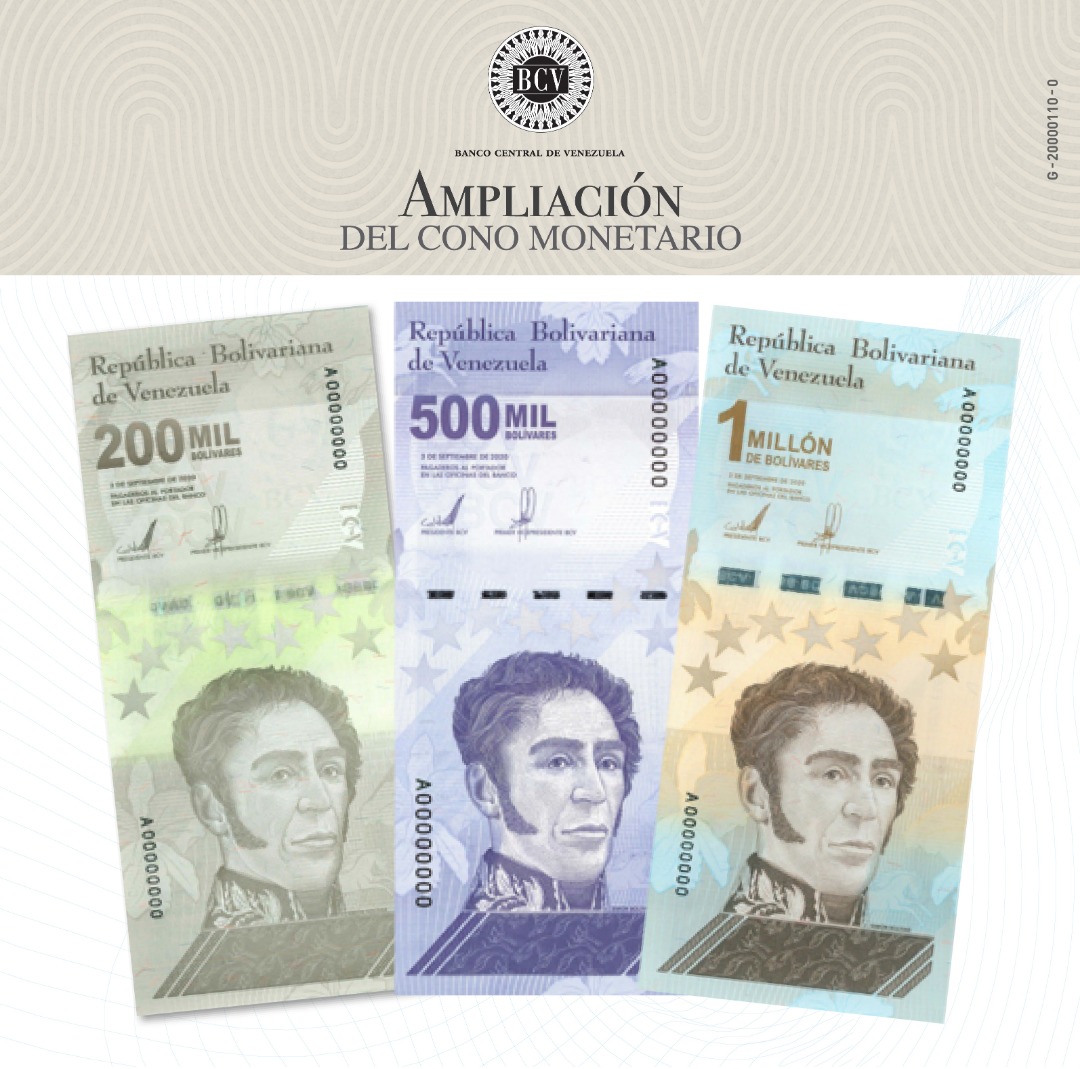 Three new banknotes will be incorporated into the current Monetary Cone, as part of the expansion of the current family of monetary species.

The new pieces of Bs. 200 thousand, 500 thousand and 1 million will begin to circulate gradually, as of March 8, 2021. These new bills come to complement and optimize the current monetary cone, to meet the requirements of the economy national.