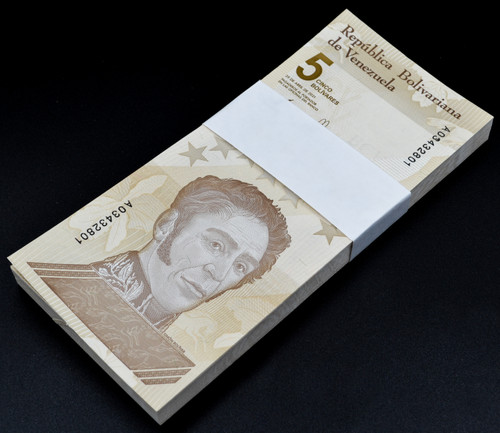 The Venezuelan Central Bank released the designs of the new 1 BsD coin and bills from 5 to 100 BsD, featuring independence hero Simón Bolívar on the front and a tribute to the bicentenary of the decisive Battle of Carabobo on the back.

A new currency with six fewer zeros debuted in Venezuela.